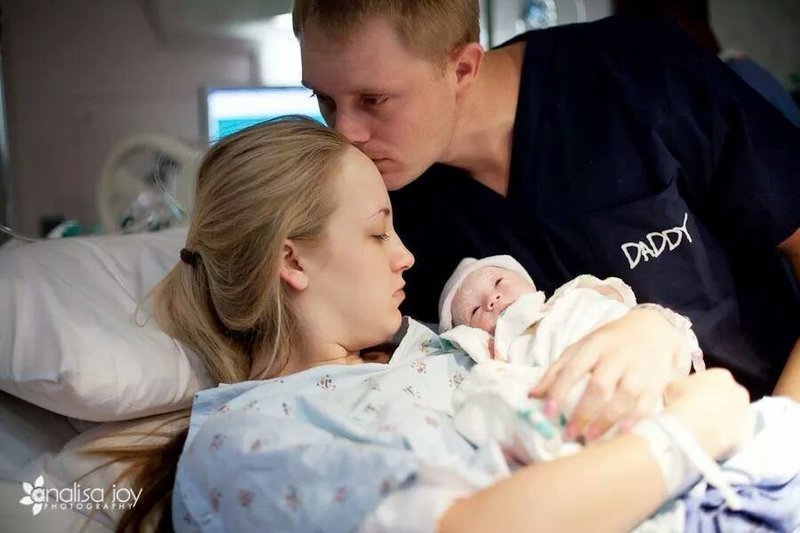 Kylie Elizabeth was born on May 11, 2012 at 6:49 am, weighing 6.5 lbs. and 21 inches long to first time parents Luke and Bree. From the beginning Kylie has always been so full of life, so vivacious, independent, free spirit, smart, happy, smiley, a beautiful ray of sunshine. 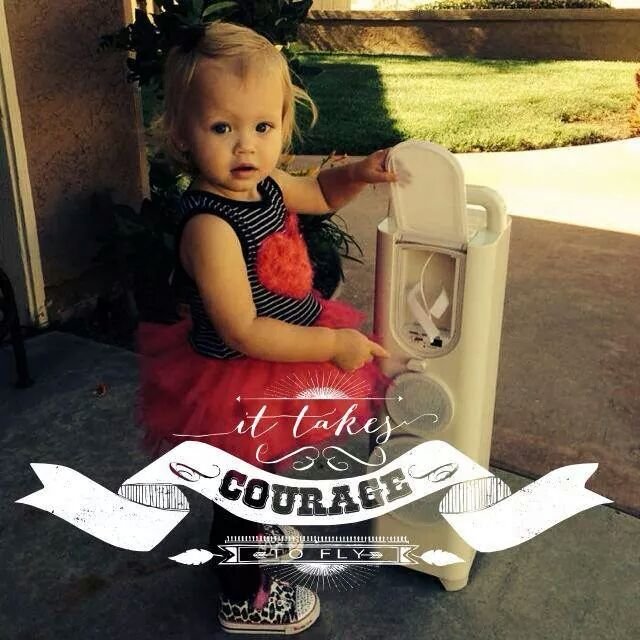 On December 26, 2013 Kylie went to the doctors for a swollen eye. The first scan showed a mass behind her eye and doctors hoped it was an infection. Unfortunately it wasn't. In total, little Kylie had her main tumor in her abdomen attached to her left adrenal gland, a dozen small tumors on her liver, over two dozen on her lungs, a tumor behind her right eye, and boney lesions that span from the top of her skull all the way to her ankles, causing her to be unable to walk or crawl because of bone damage... as the doctors described it, an explosion of tumors went off in her body. The cancer spread to her bone marrow as well. On December 30, 2013 Kylie was diagnosed with stage 4 high risk, mycn amplified, Neuroblastoma. On top of Kylie’s cancer, after three rounds of chemotherapy, she was diagnosed with Vasoactive Intestinal Peptide (VIP). Kylie is the only child ever seen with VIP in stage 4 Neuroblastoma. VIP has been seen in stages 1-3 when all you have is one tumor in your body….they take that tumor out and the VIP goes away. Most of Kylie's VIP was coming from her bones and marrow. The VIP made Kylie unable to eat since February. For 8 months she had been getting her calories and nutrients from a TPN bag that runs intravenously. We searched all over including other countries to find Kylie a cure, but unfortunately, because it was so rare there was not much out there on the disease and the few trials we found Kylie did not qualify for. Kylie had four rounds of chemotherapy, 3 of those rounds in San Diego before getting air ambulance over to New York, followed by an intense 7 hour surgery in which they removed the main tumor in her abdomen, her left adrenal gland, 57 lymph nodes, and took a biopsy of her liver and lung tumors. The morning of her surgery she tested positive for the Human metapneumovirus. This increased Kylies risk incredibly. Because of the VIP, the surgery was imperative and we could not push it back. Following the surgery Kylie got incredibly sick. She was put in a medically induced coma and put on a respiratory oscillater for three weeks. Doctors didn’t think she was going to make it. Her lungs were too sick and her body was too weak. But as strong as our little fighter is, she fought hard and came out on top. 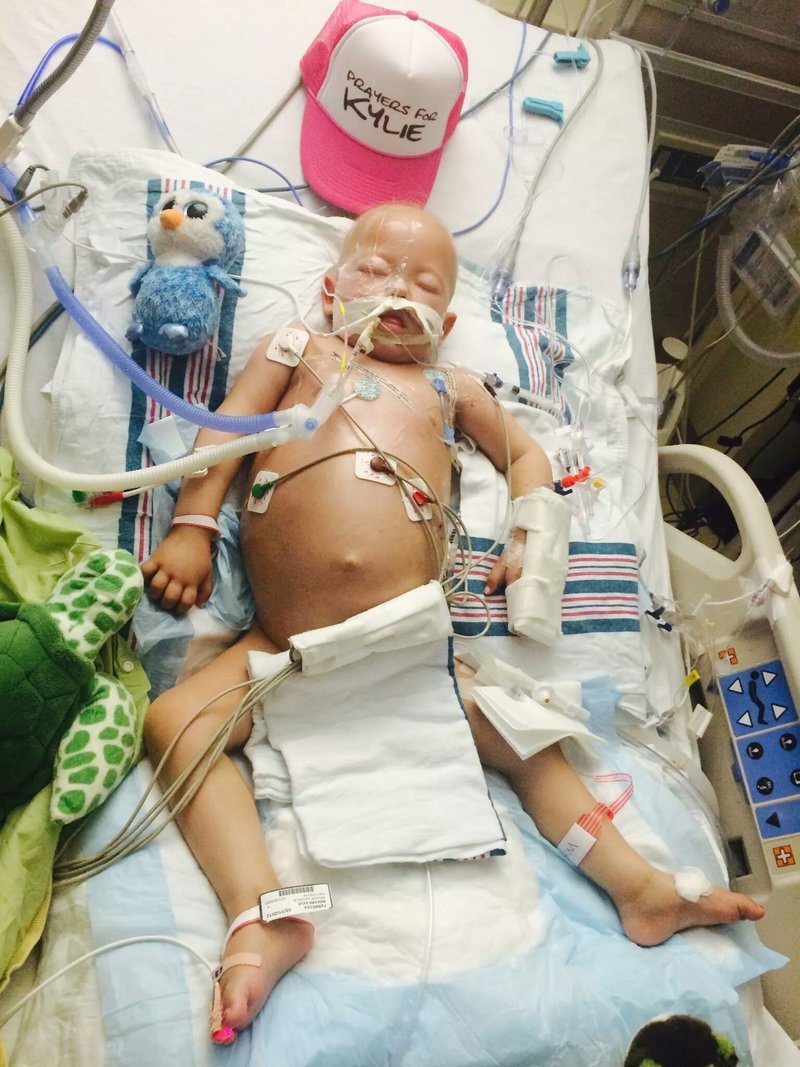 A week after being discharged from the PICU, 4 weeks after surgery, Kylie was able to start her 5th round of chemo. She was still very weak though, so they had her on a low, not so intense dose. A week later, 2 weeks after being released from the PICU, Kylie got a very serious fungal infection in her blood that put her into septic shock. Her heart rate was in the 200’s, her temp was 105, and she could barely breathe. She was rushed back over to the PICU and put on a respirator once again. And once again the doctors didn’t think she was going to make it. The VIP was making her body so weak making it very hard to fight off any infections. I remember it like it was yesterday. Kylies oncologist came into the room with the most devastating look on his face. He told us that the VIP was going to kill her, that we had no options to heal her and that we should stop treatment. Well, being the mother I am, that just wasn’t an option. I was not about to give up on my daughter. She was a fighter and my faith in our Lord was much stronger than that. Once again she fought hard and came out on top. She was now able to start chemo again. Kylie got through 8 rounds of chemo and on July 7, 2014 she was declared NED (no evidence of disease). What a miraculous day this was for all of us. The doctors didn’t think they would ever see a clear scan from her. 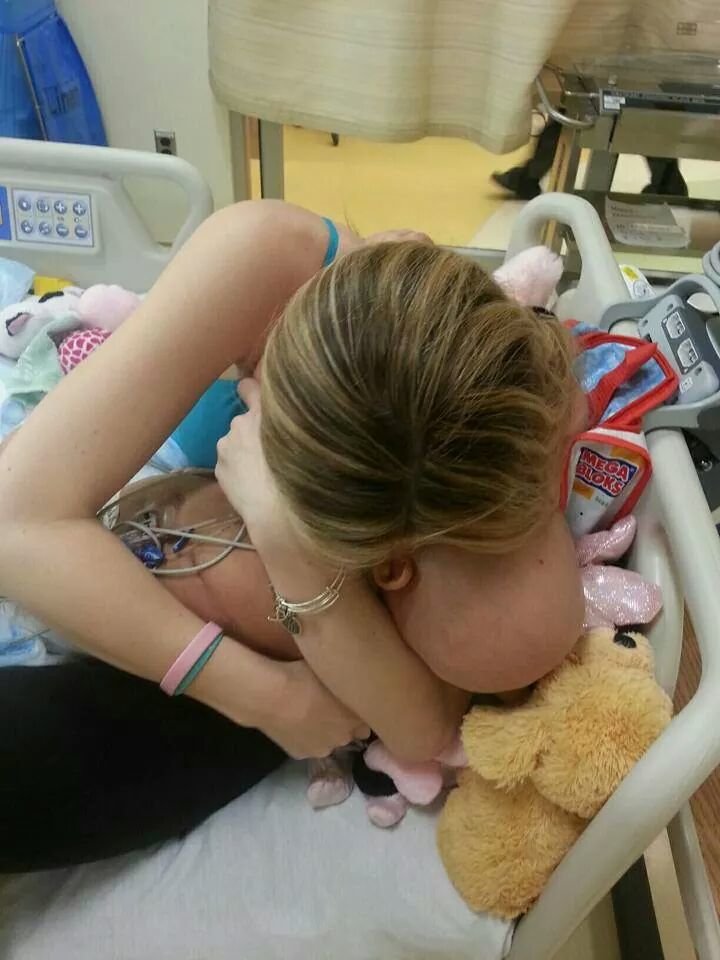 Once you are declared NED you get to stop chemo and start the next step of treatment, which is the 3f8 antibody and radiation. Because her VIP was still so bad making her so weak her body wasn’t strong enough to do that treatment. So onto the 9th round of chemo we went. Another unfortunate event, 3 weeks later Kylies disease relapsed on her skull, behind her eye, on her lungs, and her liver. Because she is mycn amplified and she relapsed in the middle of treatment that meant her disease was very aggressive and starting to take over her little body. To date this conversation was the hardest one to hear. There were no more options for her. Her VIP prevented her little body from being able to handle any of the relapse treatments. They were all too risky. We had the hardest decision of our lives to make. We prayed, prayed, and prayed some more about it. About a month or so prior to this conversation, we signed a release for them to do extra testing on Kylies tumors. Well, after praying about it for a few days and while we were at clinic one day for a check up, one of Kylies doctors came in to tell us of a very unique finding that they found in her tumor. They had found she had a mutation called BRAF. Yup, once again, Kylie is the only Neuroblastoma patient to ever have this mutation. This type of mutation is normally found in Melanoma patients. The doctors went aggressively looking to what this could mean for our sweet girl. They found a trial that is mostly used on adults and has been proven to be highly effective. But unfortunately this treatment was oral and because of Kylies VIP she could not absorb anything. A few days later we found out that the medication was very fast absorbing and hopefully would absorb before getting to the intestines. This news gave us so much hope! Unfortunately, insurance took over a month to approve it and by the time Kylie had received her first dose it was too late. Kylie's liver, along with the rest of her body, was protruding with disease. One day she was fine, and the next she was in complete pain to where I couldn't even change her because it hurt too bad. On February 1st 2015, we got the news that her body had been taken over and there was nothing left we could do. On February 7th, 2015, my sweet angel gained her wings. Jesus had finally called her home at 2 1/2 years old and after fighting for 13 months. Kylie won. She fought the good fight never letting it bring her down or take away her smile. She got the ultimate gift, to be cancer free living in heaven. We miss our girl more than words could ever explain, but we get by on knowing she isn't suffering any longer. 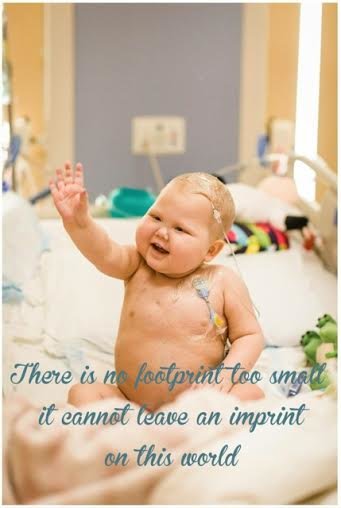