"Dylan's Green Flash" is a bright green named in honor of Dylan Coughlin. Dylan chose this color because he has just always loved the color green; anyone who knows him would have picked that color with him in mind. Dylan's story is below.

April 3rd, 2017... Dylan was just 2 months away from turning 4 years old and our lives were changed forever. We found out he had a brain tumor, the size of 3 walnuts, in the cerebellum, back of his brain. Not benign like they thought at first, it was Medulloblastoma. It was then a whirlwind...brain surgery two days later, MRIs almost every day, and a second brain surgery 5 days after the first one to get all of it out. We were told he might not be able to speak after surgery, and we were so relieved when he said “those people are keeping me up!”, as he woke up in the Recovery Room. Dylan started high dose chemo in May through end of June and then more high dose chemo with stem cell transplant through October. Dylan was like the energizer bunny; playing from 8am to 8pm every day while inpatient, but pretty cranky towards any doctors that came to do their rounds. He napped only when he was pre-medicated with Benadryl before chemo or stem cell transplant. Treatment ended in October 2017...Dylan was NED..! His hair slowly grew back by January and then he started back going to preschool. Life started to feel “normal”.

In August 2018, he started kindergarten and he thrived! He loved math and learned to read and write. He continued to work on his balance as that had been impaired from surgery/location of the tumor.

Then, that Spring, on March 11,2019- during a routine MRI, we found out the tumor had grown back. Our hearts sank. We knew that our odds had just decreased significantly.  And so we followed our doctor’s recommendations and he went through 6 weeks of proton radiation- every morning, Monday through Friday. Every day afterwards, he went to school for 2-3 hours and caught up on everything he had missed in the morning. There were many days that he didn’t want to go school, but we pushed him and his mood was so much better at the end of the day from being around his friends.  During radiation, he lost his hair all over again, but this time he was around 5 and 6 year old peers, which was much harder than around 3 and 4 yr olds, but Dylan handled it like a champ. He wore a hat at school, for his friends - almost as if he didn’t want them to feel uncomfortable, but in public places, he never cared if he wore one or not.  Then July came around and the tumor had shrunk by 50% and what was left was undetermined. Doing nothing could result in cancer cells healing and growing again, and so Dylan started another treatment. This time, he “just” had to get chemo infusion every other week in clinic and then oral chemo at home once a month. This new treatment seems so easy compared to everything he had already endured with being inpatient 6 weeks at a time for 3 cycles. So here we are now, Dylan started 1st grade a few weeks ago, while continuing his weekly Radys visit, whether it is for labs or chemo infusion. We will wait for his next MRI and if that is clear, he will continue 3 more cycles of the current treatment plan he’s on as “maintenance” and if not clear, then he continues until the next MRI...

Pair with our base/top coat, Hebrews 11:1, for extended wear.

Made in the U.S.A. and free of Toluene, Formaldehyde, DBP, and Camphor. All polishes are .47 fl oz. For external use only.

All net proceeds go to Dylan and his family. Therefore, we appreciate your understanding that we are unable to provide refunds or exchanges. 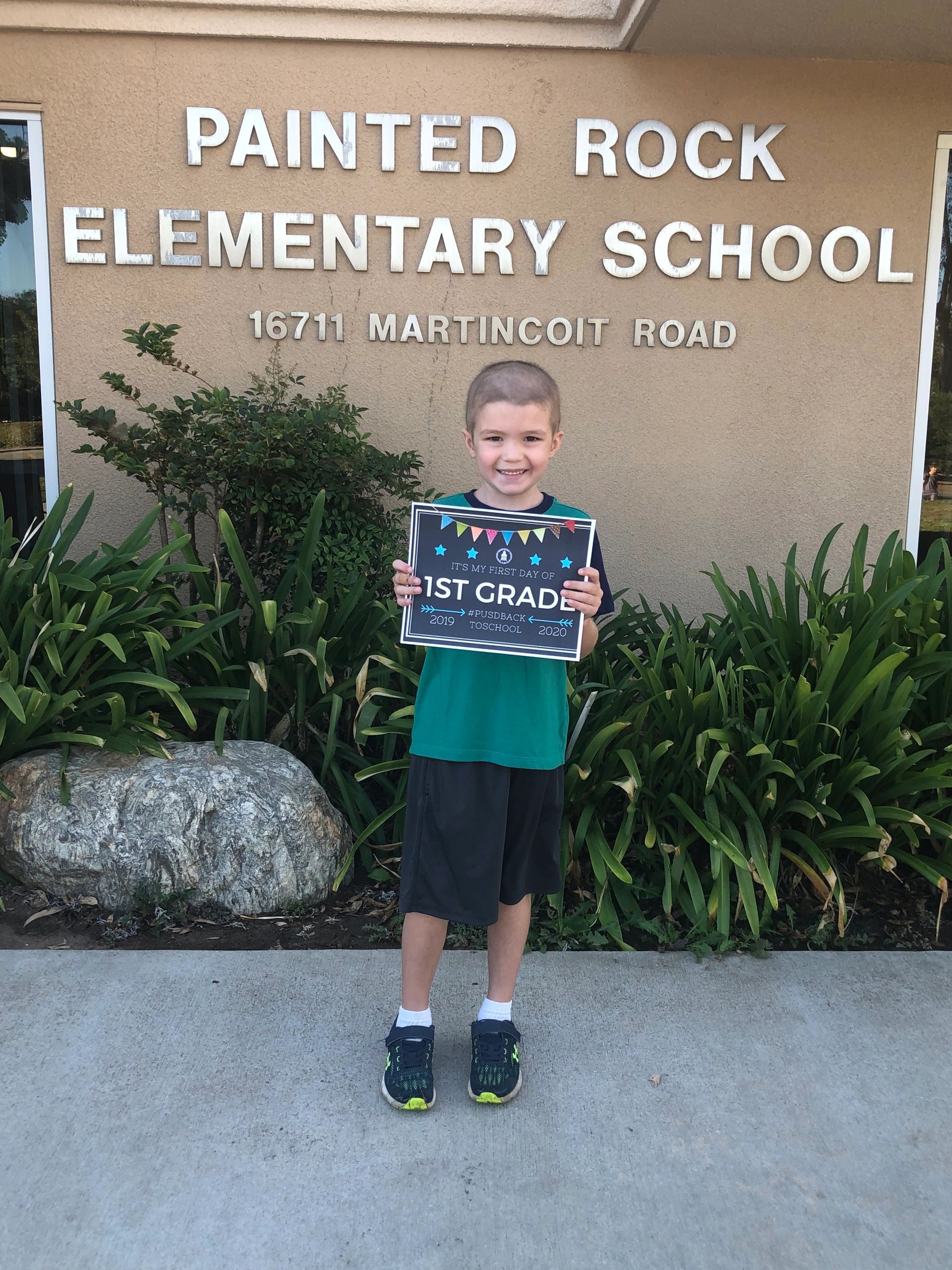